Patrick Cantlay starts 2023 without a clothing or equipment sponsorship 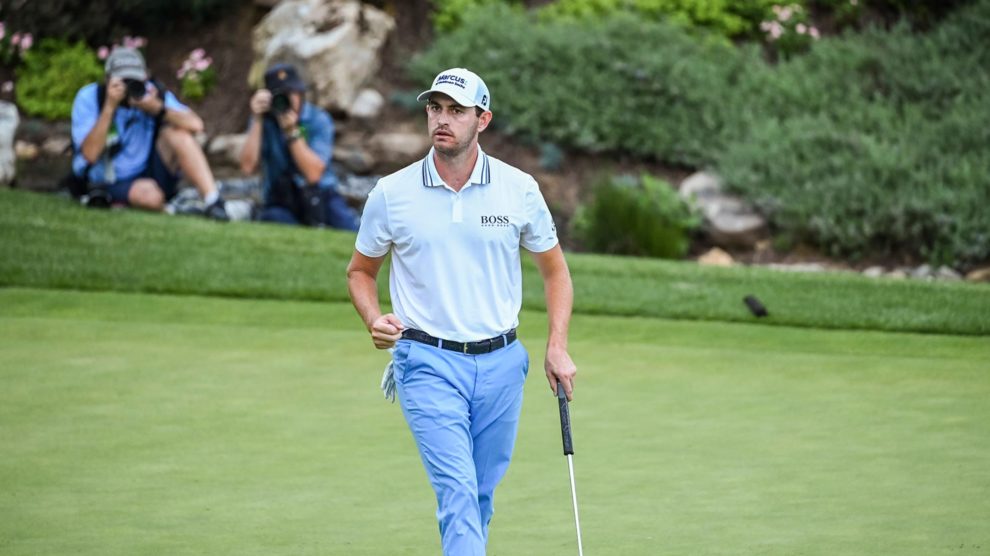 Patrick Cantlay will start the 2023 without a clothing or equipment sponsorship, making him golf's biggest free agent heading into the new year.

Cantlay has been seen around Kapalua Resort's Plantation Course without the Huge Boss logo that fans have grown accustomed to seeing on Cantlay's threads. He's also currently not signed to be a Titleist and FootJoy staffer, so he has a big blank space on his black staff bag where the Acushnet family of companies once had real estate.

Cantlay parted ways with Boss and their golf lineup, but the former FedEx Cup champion is still using Titleist golf clubs and wearing FootJoy shoes this week in Hawaii. He's got the exact same irons he used when he repeated as BMW Championship winner last August. He was just not able to reach a deal with the company to extend the sponsorship that would come with requirements to play Titleist equipment and have their logo on his bag, clothing or both.

When asked how it's going in the search to find a new clothing sponsor, Cantlay deadpanned, "Great," in his typical style.

Cantlay hasn’t played competitively since finishing with a heartbreaking loss at the the Shriners Children’s Open in early October, when he made a triple bogey on the 72nd hole to lose to Tom Kim. The 2021 Player of the Year has a solid prior season, though, adding four runner-up finishes to his BMW Championship repeat.

Well-rested, engaged and seemingly happy, Cantlay has plenty going for him this week.

“It’s nice to have a little time off,” he said. “It’s been a good time to recharge the batteries, and now I’m ready to go.”