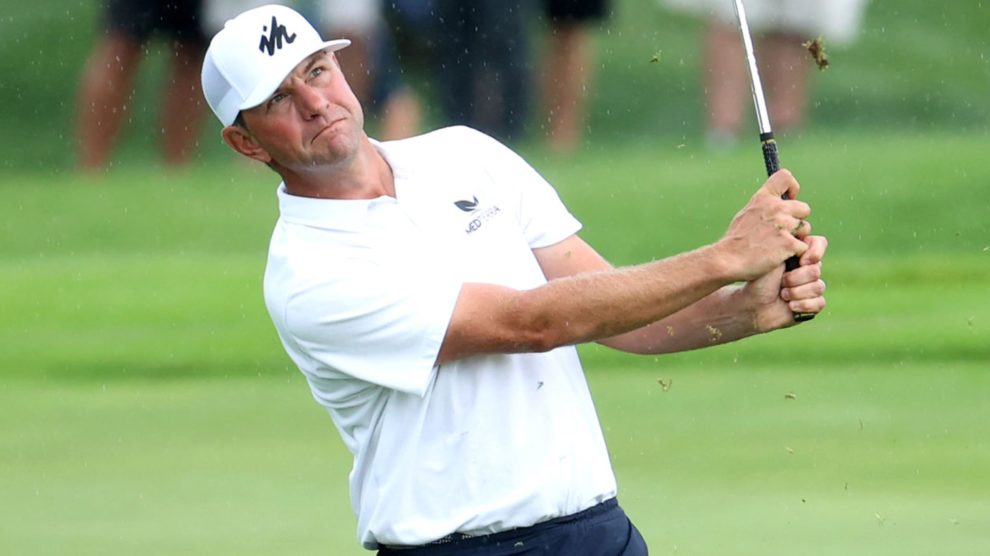 Even in a field with just four top-50 players, Lucas Glover was an afterthought at the start of the week. He was in good position after 36 holes, and by Sunday afternoon he was back in the winners’ circle on the PGA Tour for the first time in over a decade.

Glover is most known for his lone major victory in the 2009 US Open at Bethpage Black. Rain soaked up the course that week as the event finished on a Monday. The conditions were very similar Sunday as TPC Deere Run as Glover handled the soft golf course well and pulled away late for his first Tour win since the 2011 Wells Fargo Championship.

Glover had a similar bunker shot to the one Jordan Spieth holed eight years ago on 18 and he finished in style with a great bunker shot then drained a clutch six-footer for a two-shot victory over Ryan Moore and Kevin Na.

Glover’s been through extreme highs and lows over the years—from winning a major to two trips to the Korn Ferry Tour Finals—but he never lost hope as he continued to grind.

“I still was a pro golfer and still had a chance to get my job back,” Glover said. “That was low, but as far as how I kept going, it's just self-belief and the ability to work hard, trust what you're working on and believe in yourself, and I've always done that.”

Up next for Glover is another chance to win a second major championship, as he will be one of the players on the charter flight heading to England Sunday night. Glover said his expectations for next week haven’t increased after the win.

“I show up next week in England, and we're all tied on Thursday again,” Glover said. “It doesn't matter what you did the week before or the year before or 10 years before. That's a new week.”

The leaderboard was bunched early, as there were 19 players within two shots of the lead early on the front nine. Glover birdied his first two holes and added another at the 8th to go out in 32. He made four consecutive birdies at holes 12-15, then added yet another at the 17th to shoot 64 and take the outright lead at 19-under.

Moore was the highest finisher who was not already exempt into The Open Championship and earned a spot at Royal St George’s next week. Moore already had a family trip planned for next week, and said he would talk it over with his wife before he decides.

Moore said his current plan is to play the 3M Open, Reno-Tahoe Open, and the Wyndham Championship as he hopes to reach the top 125 to qualify for the FedEx Cup playoffs.

“I have a lot of points I've got to earn to get up there, but this is definitely a step in the right direction and helping,” Moore said. “I have a handful of weeks left. I'm going to try as hard as I can, and to see my game trending like this I think I've got a great chance of getting it done the next few weeks.”

54-hole leader Sebastian Munoz never quite got it in gear Sunday. He bogeyed two of his first three holes and shot 2-over 37 on the front nine. Birdies on 10, 13, and 16 weren’t enough as it all added up to an even par 71 as Munoz finished T4 at 16-under.

Munoz came up short of his second win on Tour but he is trying to focus on the positives of his top-5 finish.

“I had a rough start and was able to kind of stay in it, kind of kept the chance alive. It will build some experience and we'll be ready for next time,” Munoz said.