How fast do golf carts go on the golf course and the street? How fast can they go? 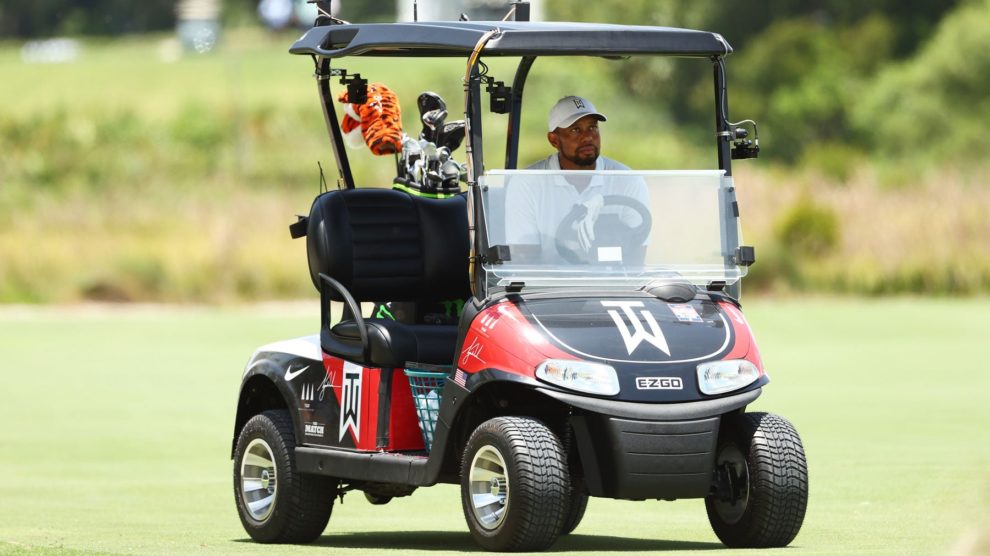 Golf carts are a popular way for people to get around, both on the golf course and on the road (in jurisdictions where golf carts are street legal). Everyone knows golf carts don't go as fast as cars or motorcycles, but most people don't know how fast golf carts go -- or how fast they can go with some modifications.

How fast do golf carts go on the golf course?

Typically, golf carts, whether they're electric- or gasoline-powered, go no faster than 15 mph on a golf course. These golf carts are typically rented out to golfers, and they almost always come stock as provided by the cart manufacturer. These carts are designed to go anywhere from 12-15 mph.

Golf carts often have a governor on them to regulate speed so that they won't go faster than the maximum speed, even if a cart were to start going down a steep hill. The governor is designed as a safety feature, to protect golfers who may lose control or may not be paying attention.

How fast do golf carts go on the street?

Without modification, golf carts go the same speed on the street as they do on a golf course: anywhere from 12-15 mph, regardless of whether the vehicle is powered by an eletric battery of gasoline engine.

In most jurisidctions where golf carts are street legal, they are only allowed on roads with a speed limit of 35 mph or less. That means golf carts are typically going well below the posted speed on any road on which they are allowed. However, with some modifications, a golf cart can go closer to 30 mph.

Some of the modifications available to speed up golf carts are different governors or speed chips, as well as an upgraded and more powerful engine. With these alterations, golf carts can go up to 25 mph. With bigger tires, golf carts can go closer to 30 mph on the right surface.

What is the maximum speed for a golf cart?

The maximum speed for most golf carts, even with all modifications is 30 mph. However, there have been some golf carts that have been souped up to go well beyond this typical top speed.