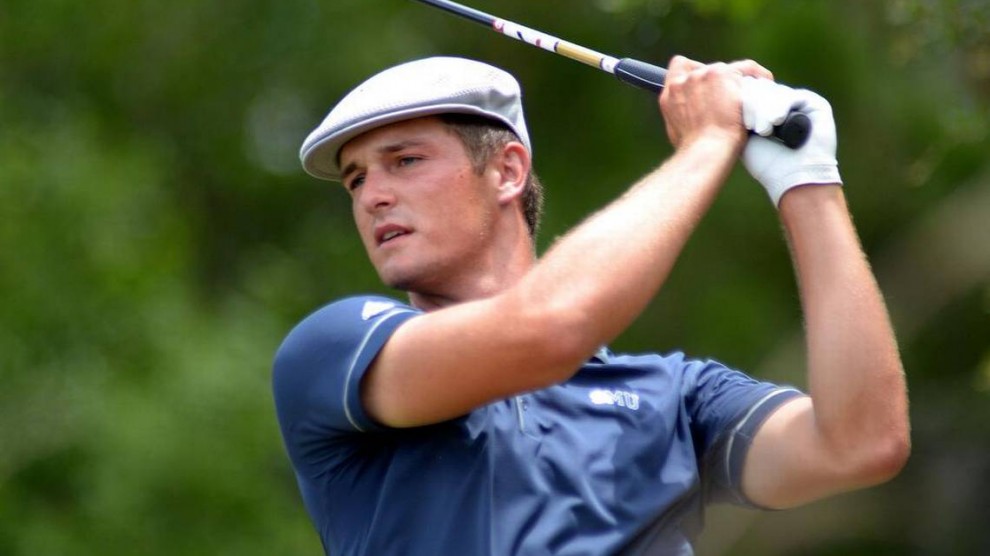 Following a strong showing at the 2016 Masters, Bryson DeChambeau will turn pro at next week's RBC Heritage. It's on Monday that he'll also announce he has signed an endorsement deal with Cobra Puma Golf.

DeChambeau has been wearing Puma Golf gear of late, including at the Arnold Palmer Invitational.

The reigning U.S. Amateur and NCAA men's individual champion has been seen swinging with Cobra Golf's King F6 driver at Bay Hill and Augusta National. He also mentioned this week in his pre-Masters news conference that he was using Cobra King wedges in his bag. He will continue to play Edel Golf single-length irons, which the company is planning a mass production of for Summer 2016. DeChambeau will play Bridgestone Golf balls.