What is a Texas wedge in golf, and why does it have that name? 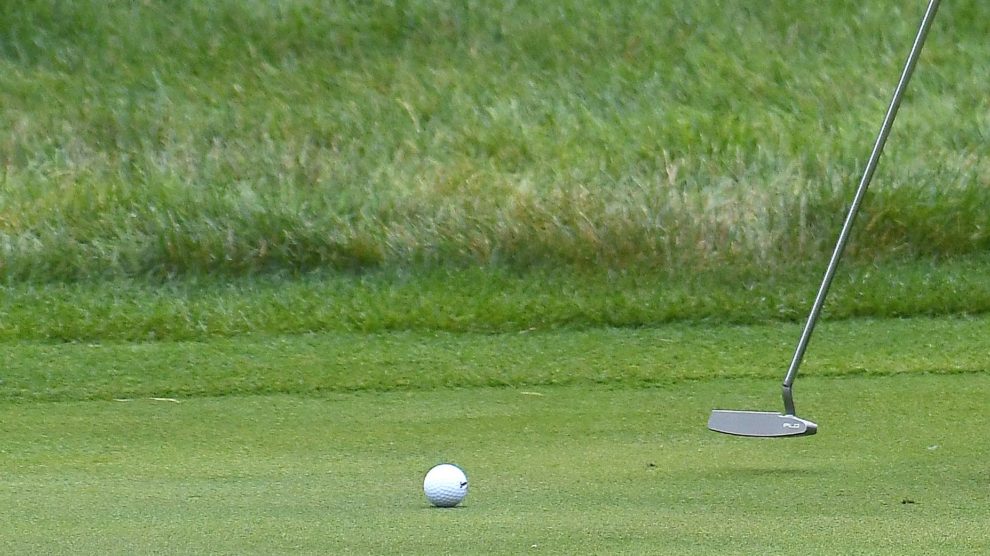 If you've ever watched golf on TV, you've no doubt heard a commentator say that a player is using or might decide to use the "Texas wedge." And if you're not too familiar with golf, you might be confused as to what the commentator means.

You know what a wedge is, and you're wondering if there's a special version of a wedge named after Texas or made in Texas or something like that. In truth, though, a Texas wedge is a golf club, but it's a not a wedge at all.

What is a Texas wedge in golf?

In golf, the term "Texas wedge" is a colloquial term for a putter.

Using the "Texas wedge" means using the putter from off the green to try to get the golf ball close to the hole while keeping the ball largely on the ground, rolling toward the target.

Players will often use the Texas wedge -- putting from off the green -- when they feel like they have a relatively flat, unobstructed pathway toward their target.

If a player is just a few feet or yards off the green, with shorter grass on the path to the target, then the putter makes sense for many players. They are able to control the ball perhaps better than with a wedge and they can take other variables out of play.

Using a putter off the green also makes sense if there is a very small landing area on the putting surface between the start of the green and the intended target. Putting the ball makes it more likely the ball will get closer to the target than using a wedge.

The wisdom in golf says that a golfer's worst putt is better than their worst chip, meaning it's much more likely that a bad putt will wind up closer to the hole than a fat or thinned chip.

Why is the putter called the Texas wedge?

The putter -- when used off the putting surface -- has been called the Texas wedge for decades, and that's largely thanks to two Texans who made the play particularly famous in the United States.

Both Ben Hogan and, later, Lee Trevino loved using putter from off the green. It helped their short games and was a big reason for their success. Since they both came from Texas, as well as a number of other players who grew up playing golf in windy conditions in the Lone Star state, that's why using the putter off the green came to be known as using the Texas wedge.