Golfers tend to take golf carts for granted. They're the only reliable, widespread, golf-specific mode of transportation. They've proven so useful that cities and other governments around the country have legalized them for street use to help all kinds of people get around more easily without a car.

But golf carts weren't always this nice. They didn't have car-like steering, or Bluetooth technology, or charging ports or the kind of touches and details you'd expect in a fine automobile. Club Car has been at the forefront of the evolution of the golf cart from the very beginning. Club Car produced the first golf car with a steering wheel in the 1960s. 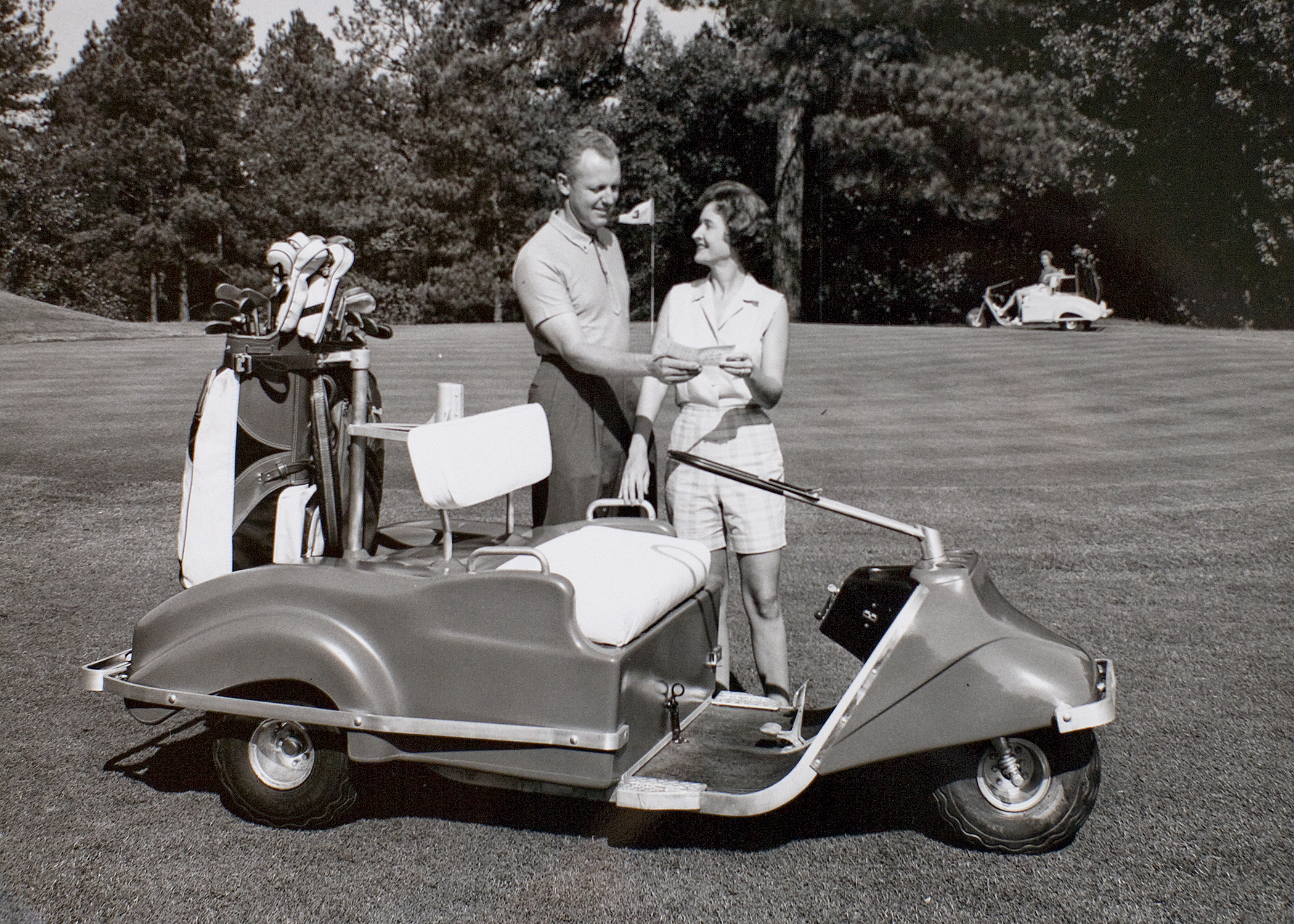 Back then, the cars were a tripod, owned by the likes of Sam Snead. However, things changed in 1962 when the company was formally moved to Augusta, Ga., and broader production began. To showcase the golf cart technology, the company's owners drove one from Augusta to Dunedin, Fla., for the 1962 PGA Merchandise Show. It took them six days. The Club Car DS is created by Dom Saporito in the 1980s, and it became the gold standard in golf carts. That design is still very much the basis today for golf carts.

By the time the 2000s roll around, the millionth DS cart heads off the production line.

In 2004, a new fleet cart called the Precedent i2 was launched in 2004, improving style and comfort. Four years later, the Excel Drive System came along to make for a more efficient, better ride.

Now in 2018, the new Tempo Connect evolves the car further with a new front cowl, rust-proof aluminum frame, new alloy wheels, premium comfort seats and a spacious dashboard. These carts have Visage fleet management so operators can see every last detail about their fleet, their use and their positioning. Shark Experience has come along, too, as a partnership with Verizon to deliver Bluetooth compatibility, live streaming content, GPS, hole flyovers and other conveniences at a per-round cost.