With the 2017 Presidents Cup unfolding at aptly-named Liberty National Golf Club in New Jersey, the American 12 are outfitted by Lacoste for everything but their shoes, giving them a chance to stand out a little from their teammates with their footwear.

Count Rickie Fowler and Jordan Spieth among those who are sporting special patriotic-themed shoes for the four-day event.

Rickie Fowler is wearing Puma Golf Ignite golf shoes -- high-tops and low-tops -- inspired by America’s favorite superheroes, Captain America and Superman. The tongue and sockliner of each shoe features Rickie’s initials along with his grandfather’s name in Japanese script, which is also has tattooed on Fowler's bicep. A chrome electroplating process was used on the sole to create a mirrored effect. 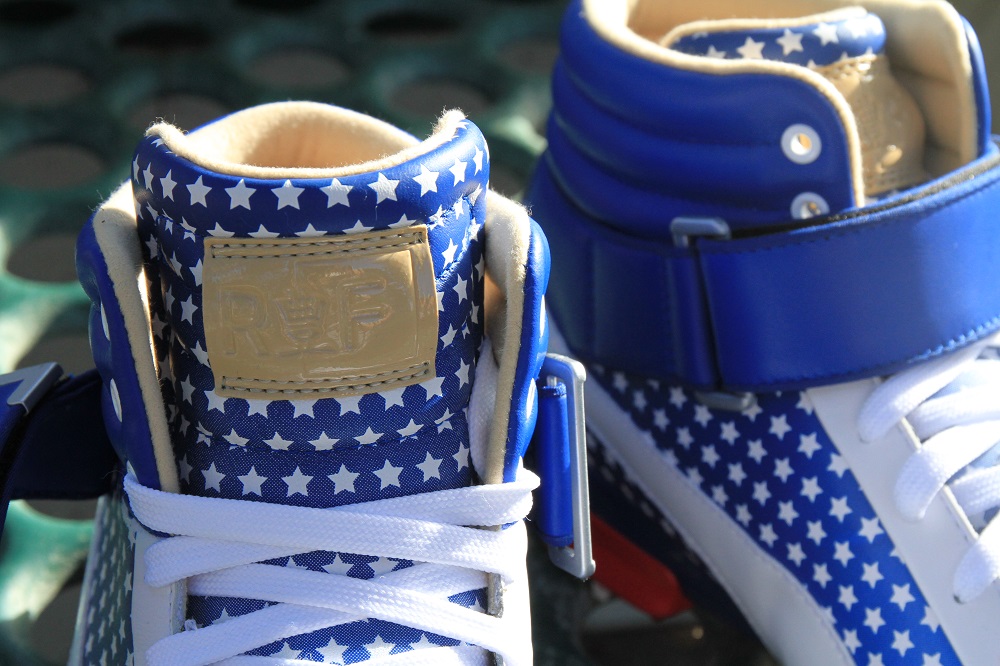 Jordan Spieth is wearing custom Under Armour Spieth One golf shoes sporting an American theme, including a star-spangled comfort liner. The bed design spreads across the shoes to lay out the American flag, and the spikes are red, white and blue.