Things you should know about your adjustable driver

If you've recently upgraded your driver from something that's a decade or older to one of the latest models, it might be a little overwhelming at first with the sheer number of ways you can customize it to fit your game.

That's great news -- if you know what you're doing or can work with someone who gets what all of these adjustments are truly doing to your club. So, inspired in part by a good explainer piece by Adam Fonseca, alet's walk through some of the important points to know about adjusting your driver before you screw it, and your game, up for the coming season. When adjusting the loft on your driver, there are two things you can tinker with that will affect it: the loft and lie angle settings.

How you swing the golf club will determine the effective loft at impact. If you swing up at impact, you'll add loft to the club -- which you'll tend to want to do with the driver. If you swing down at impact, delofting the club, then your trajectory will tend to dip.

However, if you decide to change the face angle on your new driver, open or closed, that also has an impact on measured loft -- and not in the way you might suspect. When you open the club face, you're actually delofting the club at impact, presuming you get it back to square at impact. If you do that, then you're effectively undoing with your swing what you've done in opening the club face. That means you're effectively hooding the driver head and taking off loft.

The opposite is true when you close the face with adjustability. If you get it back to square at impact, you're adding loft, meaning you're setting yourself up for a higher launch and potentially a high fade -- probably the opposite intended effect. By and large, golfers should prefer a driver with a center of gravity that is as low and back as possible. Most golfers struggle to launch a driver high enough to get maximum carry, and they're costing themselves yards and forgiveness. So, given the choice to adjust the center of gravity via some kind of weight plug, stick with low-and-back.

However, a better player, who finds the center of the club face more often with the driver, should considering bumping the center-of-gravity setting forward. It'll slide a few millimeters up the zero-axis, which runs from the center of the face to the back of the driver head, giving more muscle and weight behind those pure strikes. A better player will benefit with some more yards in the air and, potentially with a lower ball flight, on the ground, as well. But, since it takes longer for a player to close the face -- since the effect of gravity is moved forward -- there's the potential to fight a low-ish fade, which hardly anyone wants. 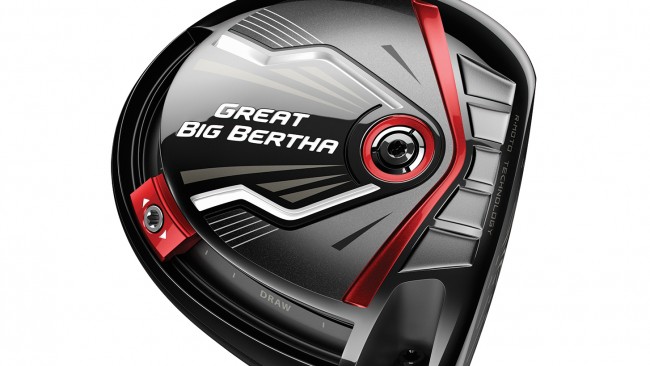 A lot of modern drivers give players options to promote a draw or fade bias.

Some drivers help golfers achieve a draw bias through lie angle, pushing the toe in the air to make it more upright and promote a draw.

Many others allow players to shift some weight laterally, particularly toward the heel to promote a draw. That's achieved, again, by slightly moving the center of gravity to promote closing the club face at impact.

For the overwhelming number of players, they're seeking the draw, or at least something that more resembles straight and keeps them off the right side of most holes.

No matter the method, you have to remember that this is just a bias. It's not a guarantee you'll draw (or fade) the ball. Ultimately, you still have to swing the club, and, like with opening and closing the face, impact dictates the effectiveness of your adjustments. If you can't get back to square, your ball will still go right. If you hit on the heel side of the club, you'll likely still have a fade. With a draw bias setting on your driver, you're looking to get back to square and make impact on the outside middle of the club face for maximum right-to-left effect.