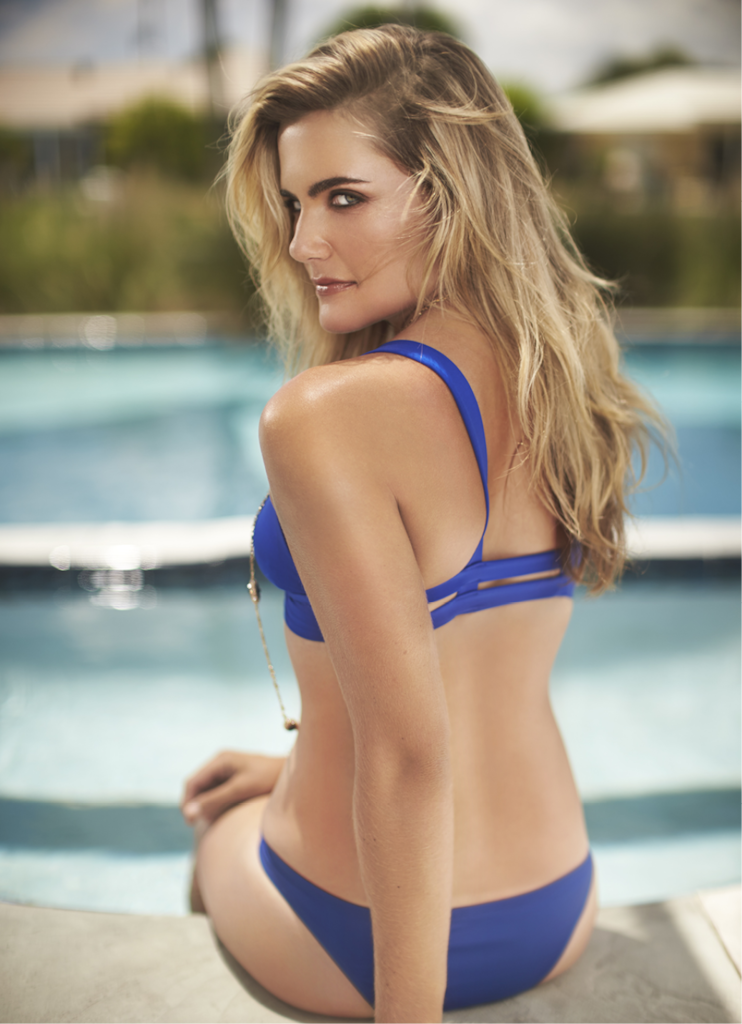 Lexi Thompson is on fire. She's 19, a major champion from the erstwhile Kraft-Nabisco Championship and eighth on the LPGA Tour money list. She's breaking into adulthood in the public view, but Thompson has not shied away from the attention. Rather, she's embraced it.

Thompson took part in a fun, mildly risque (not to us, but could be depending on your definition) commercial shoot with Puma earlier this summer where she enjoyed the company of a few hunks in a hot tub.

In this month's GolfPunk magazine, Thompson is again showing off her bikini body as part of an interview with the British alternative golf mag.

PHOTO: Lexi Thompson dyed her hair! She's a brunette now. | Lexi's wearing a gym towel for a shirt on the cover of Golf Digest

The shoot isn't anything different than you might see in a hundred other magazines -- including Golf Digest on occasion -- but it's different for Thompson, trying to establish her in a modern, adult light.

Take a look at the full shoot for yourself and the full issue of GolfPunk, a great read.