I recently had the opportunity to design and build an 18-hole golf course on the links of Scotland. Actually, it wasn’t my first foray into golf-course architecture by a long shot, but it was my first for a while.

To play Windy Point Golf Club you’ll need to embrace strategic decision-making while executing shots with a high degree of skill, as long as you’re not distracted by the scenic vistas. It also helps if you speak Simlish. Because sadly, none of this happened in real life, but only in the virtual world of "Sid Meier’s SimGolf," a nigh-on 20-year-old game that I have been nostalgically playing. 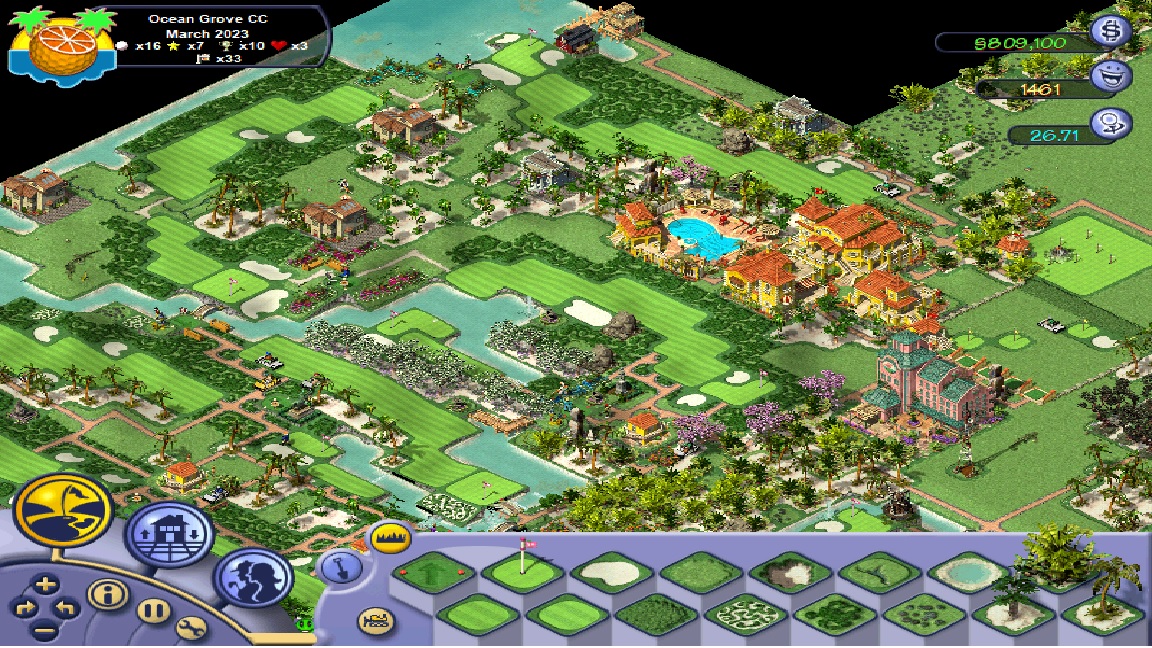 The aim of the game is both simple and somewhat open-ended. Design a golf course (and its accompanying facilities) that your customers will enjoy enough to make the whole enterprise profitable. But mainly, the aim is to just have fun.

Created by Firaxis and Maxis, along with the eponymous Meier, the game loosely inhabits the same universe as "The Sims" and "Sim City," and it bears some of the same hallmarks. The inhabitants speak a gibberish language (translated into English in the captions), and the whole game is infused with a quirky sense of humor. Golfers tell each other tales of UFO sightings during their rounds, while celebrity parodies such as Rosanne Bare and Mel Gifford may purchase homes on your golf course. The genius of the game, aside from the early 2000s isometric graphics, is its appeal to both hardcore golf fans and video game aficionados alike. The game caters both to those who want to create Redan-style par 3s and imitate the most dramatic holes that Pebble Beach has to offer, as well as those who just want the fun of building a successful business and watching the cash flow in.

Approaching the game as an adult for the first time, I’ve found that there is a surprising degree of depth to the architectural element of the game. I’m no golf architecture nerd, but I know just enough to notice the game’s allusions to real-world course design terms. The holes the player builds are assigned into categories such as strategic or heroic, while there are also detailed course reports that assess whether each hole is posing the right questions to the virtual clientele.

The makers of the game did their best to point you in the right direction with course architecture advice. Apparently the key to success in the world of SimGolf is for the course to “look hard and play easy." In other words, the players should feel challenged by the various hazards and contours on each hole, but still be able to conquer the course in some kind of respectable score.

That mantra got me thinking about some current debates in the world of golf course design. With players hitting the ball farther than ever, questions have been raised about whether, and how, courses should be adapted to continue to test players, especially professionals, in the modern era. Expanding the acreage on which golf courses sit isn’t always possible, and it’s highly dubious whether it’s even desirable. Many alternative suggestions have been put forward, including growing the rough longer, narrowing fairways and deepening bunkers, to name but a few. However, these strategies appear to have failed in removing the distinct advantage that extreme length provides.

Bryson DeChambeau blew away the field at the U.S. Open at Winged Foot last year, despite the slender fairways and penal rough at the New York course. With hindsight, many pundits reflected on the idea that the course set-up actually favoured DeChambeau and other longer hitters. As the fairways were so narrow, even the shorter, more accurate players failed to keep the ball on the short grass consistently. With many competitors finding themselves in long rough, DeChambeau could use his brute strength to muscle the ball to the green and putt for birdies, while others were forced to lay up. In other words, Winged Foot looked hard, but for someone with the specific qualities of Bryson DeChambeau, it played (relatively) easy. If Bryson were a character in the world of Sid Meier’s SimGolf – and some of his physics-based quotes could seamlessly fit right into the game – he’d be giving a virtual Winged Foot plenty of plaudits. 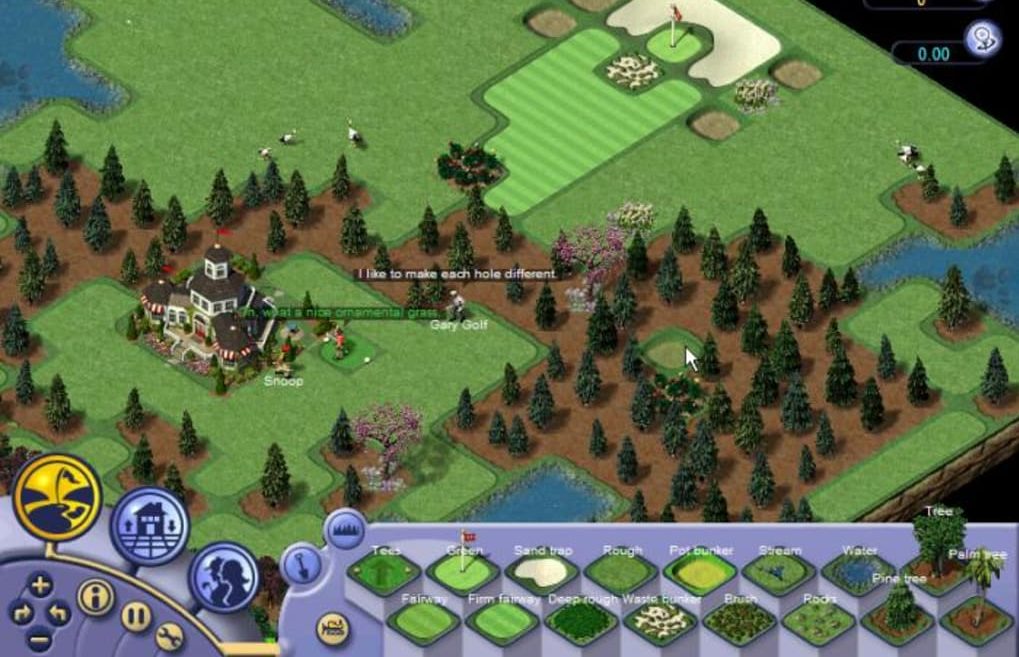 However, from a broader perspective, maybe professional golf needs to see more courses that do the opposite of what SimGolf advocates. Maybe we need courses that look easy and play hard. For many recreational golfers, a run-off area is less intimidating than thick rough surrounding a green. But for a professional, they’d often rather be in long grass six feet off the putting surface than be faced with a tight lie and contoured terrain 15 yards away from the green.

Although I don’t have the stats to prove it, my instinct tells me that forcing players to get up-and-down from a greater distance following errant approach shots might be as effective a method as any in protecting courses from low scoring. After all, any slight mistake with a chip from around the green could easily result in a lengthy par putt – and remember, pros only make eight-feet putts 50 percent of the time.

Aside from preventing courses from being taken apart by low scores, there’s an entertainment factor in all this, too. Pros love to know where the ball is going to stop, but for fans, it’s far more fun to see the ball roll on the ground, since it adds an element of unpredictability to proceedings, and corrals players into using imagination and creativity to make sure the ball reaches its intended destination.

I’m by no means the first person to make these kinds of arguments. But I might be one of the first to make it using "Sid Meier’s SimGolf" as inspiration. Now, if you’ll excuse me, my budding design career has taken me from Scotland to Hawaii and I have a tropical resort course to build