You're missing the real show at TPC Scottsdale Hey, you! The golf fan with 28 ounces of fresh-flowing suds dripping down both of your hands. Don’t wiggle and ‘excuse me’ your way back through the gauntlet of fans to that nose-bleed seat atop the Coliseum’s highest perch. Follow me to the real action.

The true magic of the back nine of this (underrated) layout rests not on 16, but on the short, drivable, par-4 17th hole. It’s where the tournament is won – Hideki Matsuyama birdied it on Sunday and played it at 3 under last year – or lost – Rickie Fowler played it at 1 over, including two water balls on Sunday last year.

At just 332 yards on the scorecard, it has become too short not to try and drive, and shorter still that club choice is an issue. Fowler hit driver long in the water last year in regulation, and then overcooked a 3-wood into the water during the playoff in compensation.

In 398 rounds last year, No. 17 yielded three eagles and 146 birdies but countered with 55 bogeys and four doubles. While it played as the third-easiest hole of the week, it offered carnage. As for the 16th? There have only been two doubles or worse on that hole in two years! 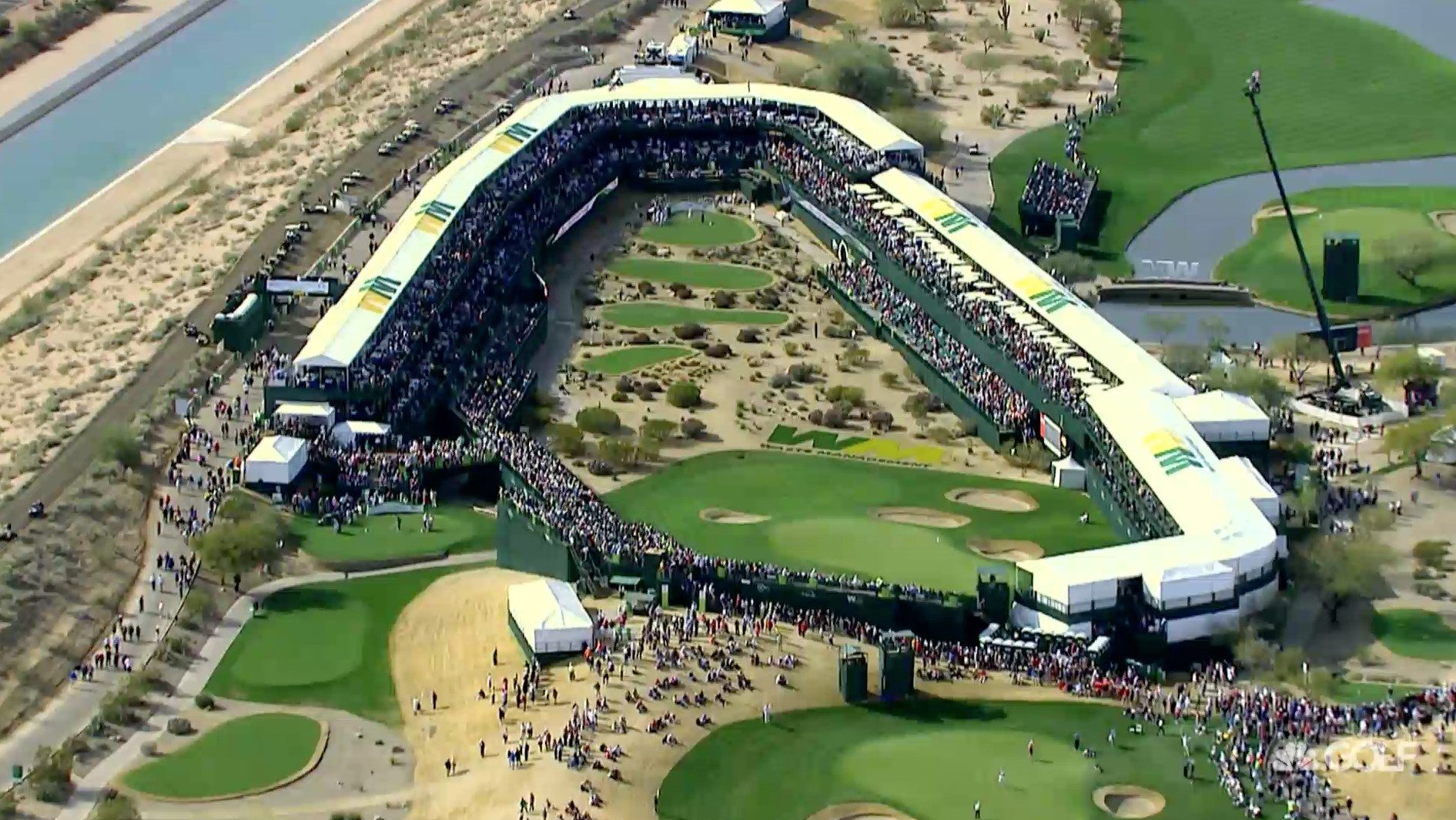 The mystique of the signature par 3 has nothing to do with the golf hole, but everything to do with the chaos and lubrication of the crowd surrounding it. The tee shot offers pressure, but the hole itself offers little resistance. Even the green complex is as simple as the crowd is carnivorous. But 17? You get that tiny little shelf for the traditional back hole location on Sunday. Character.

Sure, Tiger hit a hole-in-one on 16 in 1997 and sent the raise-the-roof celebration straight to extinction. Since then, only eight golfers have sent the crowd into delirium, with Francisco Molinari the last to do it in 2015. It averages out to one every 4.4 years. Don’t hold your breath.

So, as you begin to hydrate for the annual pilgrimage to the Coliseum, may I suggest a cushier seat one hole ahead? The 17th at TPC Scottsdale is just a better golf hole.