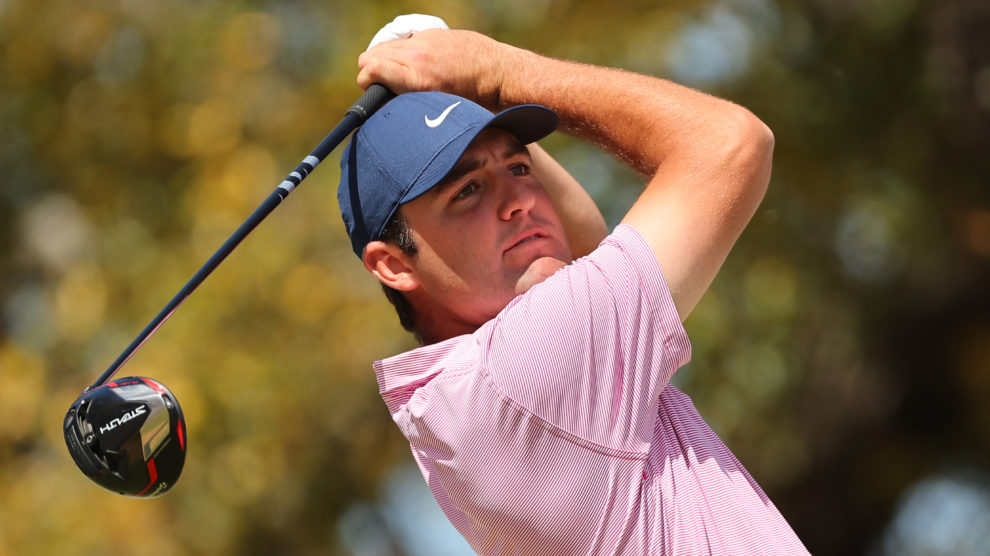 AUSTIN, TEXAS - MARCH 27: Scottie Scheffler of the United States plays his shot from the first tee in his finals match against Kevin Kisner of the United States on the final day of the World Golf Championships-Dell Technologies Match Play at Austin Country Club on March 27, 2022 in Austin, Texas. (Photo by Michael Reaves/Getty Images)

Scottie Scheffler had an incredible 2022, going from being a winless player on the PGA Tour to the Masters champion and, for a time, the world No. 1. He made huge strides as a professional golfer, and he reaped the benefits.

Scheffler, though, doesn't want to be a flash in the pan. He wants to be at the top of the world of golf for years, if not decades, to come. Doing that, Scheffler describes, is a matter of being better than the rest each and every day.

"I think when you see guys that kind of spend a bit of time at the top of the world rankings, whether it's Rory (McIlroy) or Jon (Rahm), or probably if you look at the top 10 or 15 guys in the world, most of those players are pretty consistent," he said ahead of The American Express.

Scheffler became one of those guys in 2022, and it meant not having to chase fixes or worry about things from week to week. As Scheffler said, he was fine-tuning things instead of making radical changes.

"I felt like last year was a year where I played pretty good consistent golf throughout the season. I maybe only missed a handful of cuts at the most," he said. "I was in position to win numerous different tournaments, which is nice."

"[Being mentally strong] was an area where I was trying to improve last year where I was kind of on outside in looking, when we were trying to qualify for the Ryder Cup which would have been a year and a half ago. Was able to get on that team and play well and get some confidence and then I started to improve physically with stuff with my swing.

"I think my approach stats last year jumped pretty high. I think I was maybe top five in approach. Whereas years past I was maybe 60th or 70th. I don't know what it was, but I wasn't fifth or something like that. So that was an area that it was nice to see improvement."

"I feel like I've added new things to my game and I'm continuing to improve at certain aspects that I've been working on. I've seen some results now, which is exciting," he said. "Definitely feel like I've improved. "