Henrik Stenson says he has no regrets after losing Ryder Cup captaincy, signing with LIV Golf 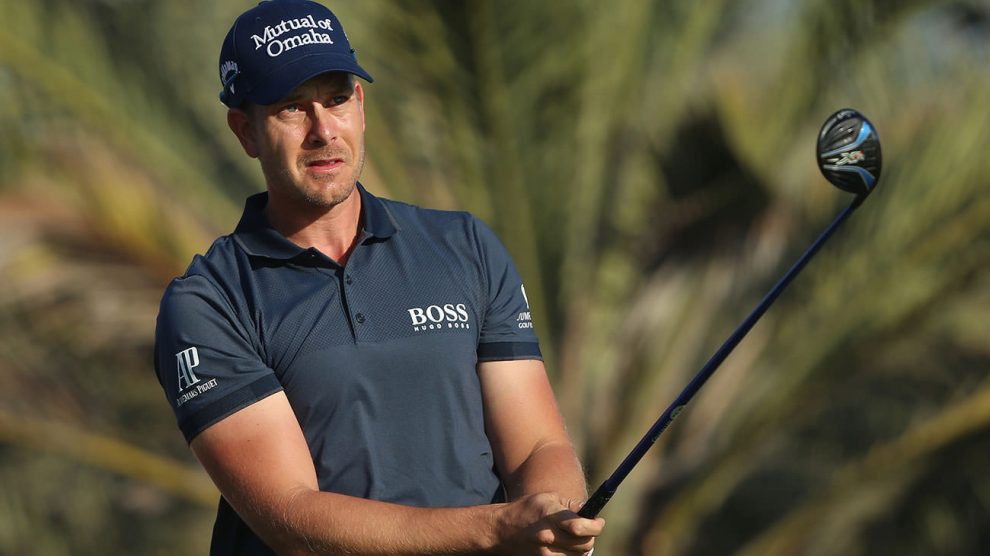 Henrik Stenson has no regrets after signing with LIV Golf -- a move that precipitated him losing the 2023 European Ryder Cup captaincy.

Stenson is playing this week in the DP World Tour's Abu Dhabi HSBC Championship, as he and other LIV Golf players are still able to compete on the circuit pending the outcome of an arbitration case to be heard next month. The Swede opened with 68 at Yas Links, which puts him four off the Day 1 lead.

The question was put to Stenson if he has buyer's remorse on his decision to move to LIV Golf last summer given the cost of losing the captain's role, knowing that he be stripped of it by Ryder Cup Europe if he went to the Saudi-owned league. Luke Donald was named the captain in his place, and Donald has the outright first-round lead.

“I made my decision and obviously Ryder Cup Europe made theirs," he said. "It’s not great but it is what it is, and Ryder Cup has been a huge part of my career. I wish Luke all the best with the team going forward and we’ll see where we all end up in the long run with this.”

The former Open champion said he has enjoyed seeing people he hasn't spent time with since moving to LIV Golf last summer.

Stenson believes friends of his will not let any potential judgment of his move impact their long-term relationships.

“If you’re friends with someone, you’re friends with them no matter where they choose to work," he said. "And sometimes even if someone makes a decision that you don’t necessarily agree with or think is the right one with the information and the circumstances that you have in front of you, but if you’re friends, you can look past that, and that’s what I feel here.

“There’s a lot of people that I have spent many years with, and they continue to be my friends no matter where I play my golf.”

However, Stenson acknowledges the last half-year of his life and that of the pro sport has been tumultuous.

“It’s been difficult times obviously," he said. "I hope we end up in a place where everything works out the best for everyone, players, spectators, tours and everything else. Yeah, it’s been a rocky road, not just on my end the last six months. I think for the most part, people are above that.”