The concept of strokes gained is something that's become largely an accepted part of analyzing professional golf -- at least on the men's side of things. (Hopefully the LPGA can soon develop strokes gained data, too.)

However, strokes gained for a PGA Tour or European Tour pro is completely different than what strokes gained should look like for an amateur golfer. We don't play golf like they do, so why would it make sense to compare their games to ours as a measure of how we're performing in a round?

Take it a step further. How a 1 handicap plays golf does much resemble how a 25 handicap plays golf. Their relative performance in almost every facet of the game is different. But how can golfers at every skill level compare themselves to peers with the same capability? With data from millions of shots and thousands of golfers of all stripes, Arccos Golf took on the task of creative strokes gained and data analysis for golfers of all stripes. 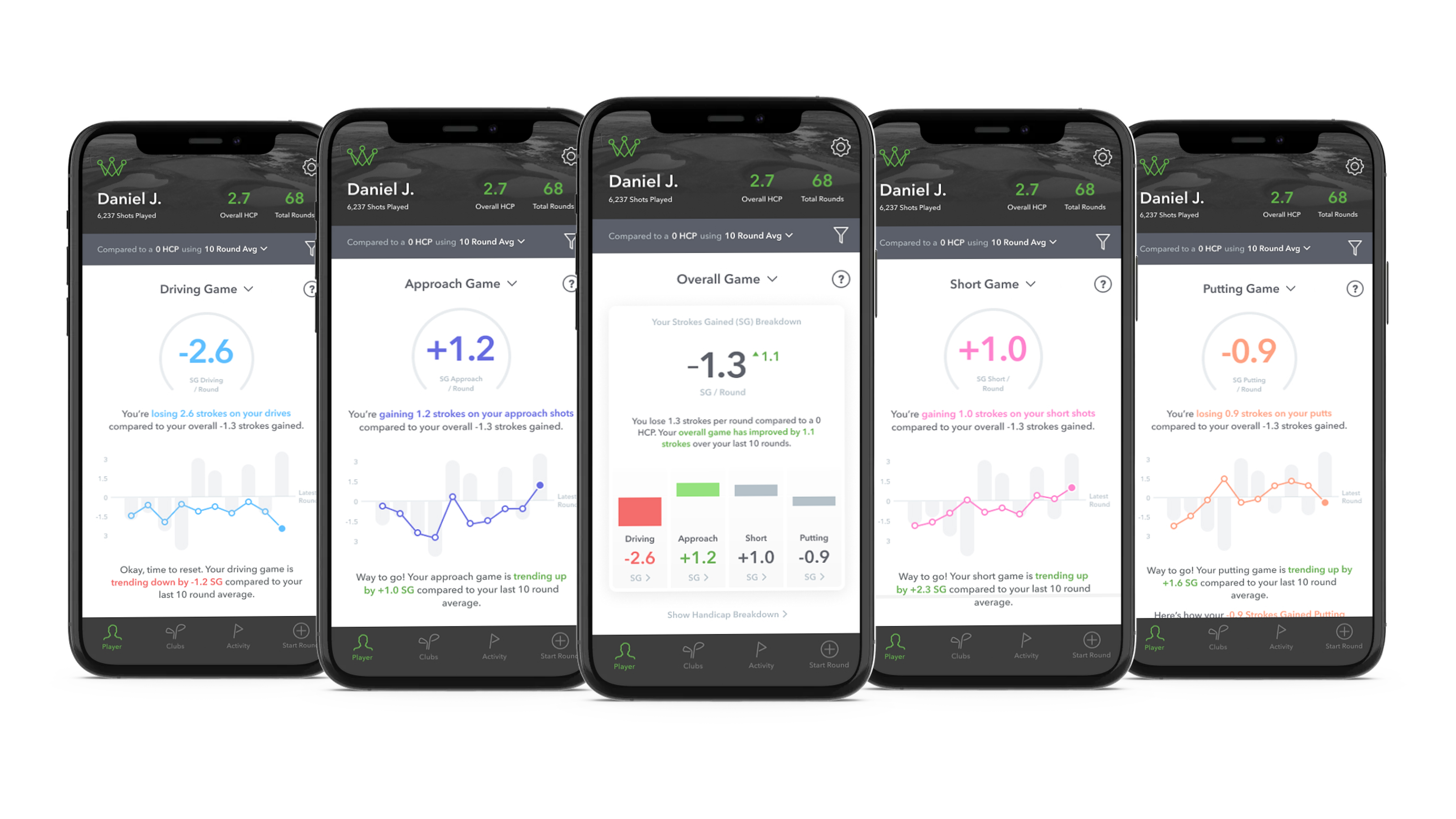 Arccos is calling this Strokes Gained Analytics, allowing golfers to pick a comparison point -- from touring pro to a 20-handicapper -- and then measuring their performance against those benchmarks. Arccos will allow a golfer to dive it on a variety of broader and narrower data points, ranging from driving, to putting, to chipping, to iron play. Users get data on broader trends in their games, including scoring and other tendencies. This is the kind of data you could look at if you were analyzing PGA Tour players and their performance, but it's presented with helpful visualizations and geared toward a player's relative standing.

All of these updates will be available to existing and new users. To get started, golfers have to purchase the Arccos Caddie hardware ($180) or already have it on their equipment, and they also have to pay $100 annually (after the included first year) to subscribe to the Arccos Caddie platform.

You have to decide if making an annual investment in that kind of data is beneficial for your game relative to how frequently you play and how you want to derive improvement. However, as more shot data is collected and the hardware continues to get more refined, expect to see better deep dives into your game.