Why Tiger Woods wears red on Sundays, in his own words 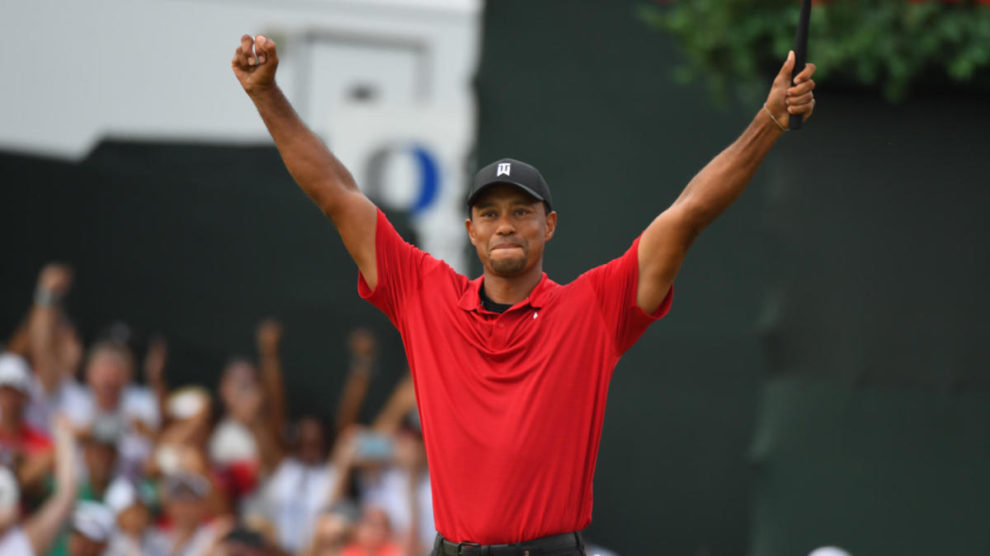 Tiger Woods wears red on Sundays. That's just what he does. And it's what he's done for a long time.

The first image a lot of people have of Tiger Woods is him fist pumping as the final putt sank in the 1997 Masters. Woods was wearing a red Nike sweater and black pants on that day at Augusta National.

In the 25-plus years that have passed, that Sunday outfit hasn't changed much -- at least in terms of color. Woods has continued to wear a red shirt for the final round of every tournament in which he plays. The commitment to red has even led to the nickname "Red Shirt."

But what got Woods stuck on wearing red on Sundays in the first place? Woods explained Wednesday in a news conference at the 2013 AT&T National.

“I've worn red ever since my college days basically, or junior golf days – big events on the last day,” Woods said. “I just stuck with it out of superstition, and it worked. I just happened to choose a school that actually was red, and we wore red on our final day of events. So it worked out.”

Though Woods has deviated from the shade of red he wore when he won his first Masters title, he has never deviated from Sunday red. As a creature of habit, don't even expect him to choose another color.

“I came out here and I continued it,” he added. “I've had a few wins wearing red, and it's not going to change.”