Someone built the par-3 12th hole at the Masters out of Lego, and it'll blow your mind At this point, it's unclear if the 2020 Masters will be played. If it will be played, it almost certainly will be without patrons. If it isn't played, then annual Augusta National patrons and fans around the world will be saddened by the realities caused by coronavirus (COVID-19).

While we wait for word from Chairman Fred Ridley about the fate of the Masters this year, here's something to lift your spirits: a full recreation of the par-3 12th at Augusta National made from Lego.

Lou Stagner, whose Golf Stat Pro business unearths fascinating data about professional golf performance, has been working for months with his daughter, at her urging, on this project. They created a time-lapse video of the project, which used more than 20,000 Lego pieces.

The project is 30 inches wide, 50 inches long and, yes, 20 inches high. Lou and his daughter re-created the Sarazen bridge, Rae's creek, the flowering, the bunkers, the tee boxes. It's all there. It's incredible.

Lou's daughter was inspired by seeing a Lego version of the Augusta National clubhouse, and then she decided to embark on this incredible project. As the project finished, Lou began shooting pictures re-creating shots from Masters lore on No. 12, including the scene from the 2019 Masters where Tiger Woods was standing on the 12th green waiting for Francesco Molinari and Tony Finau to play their shots after hitting in Rae's creek. 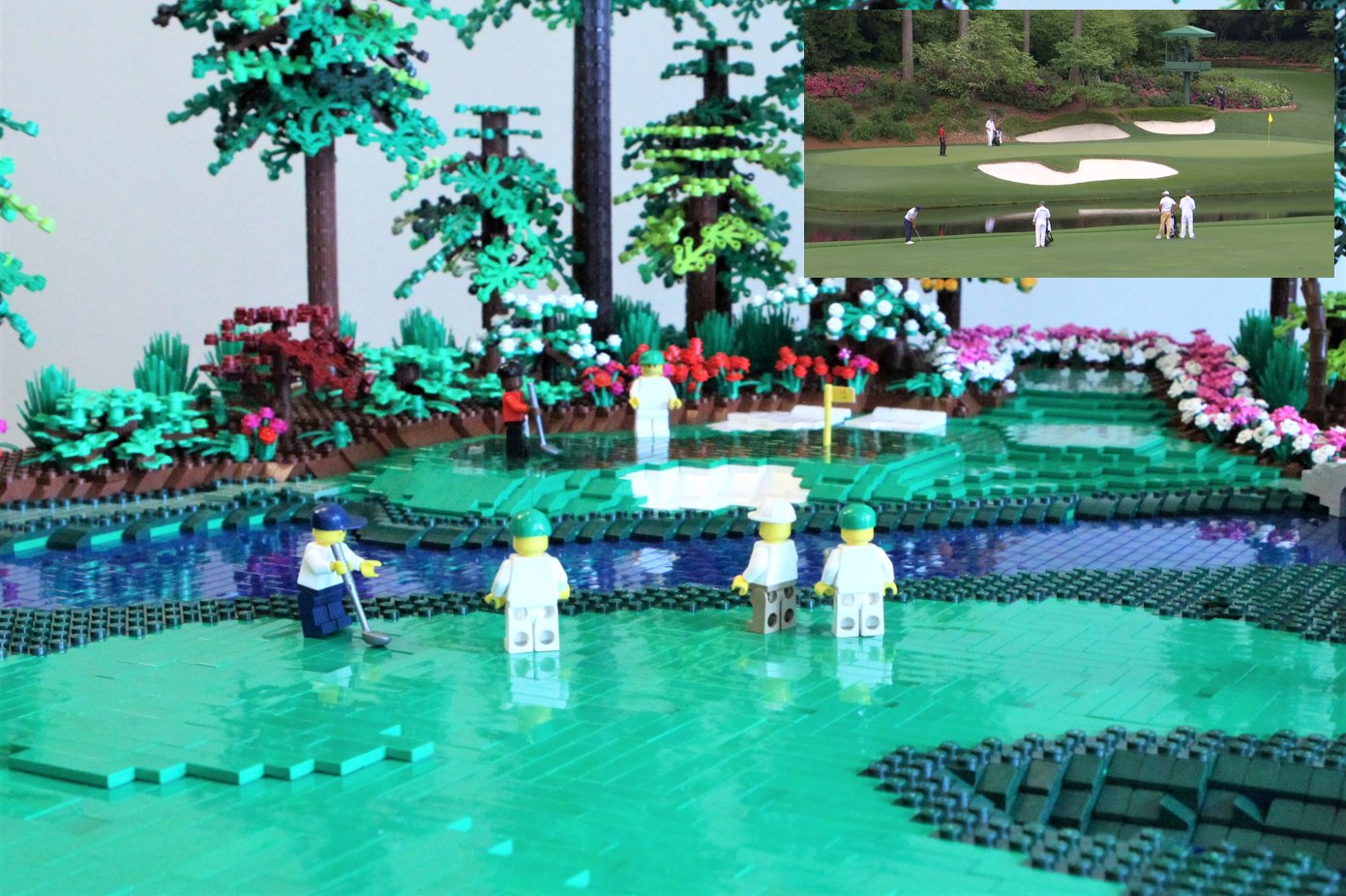 The pair are hoping to team up with a pro golfers -- perhaps even a Masters winner -- to auction off the project, with all the money going to charity.