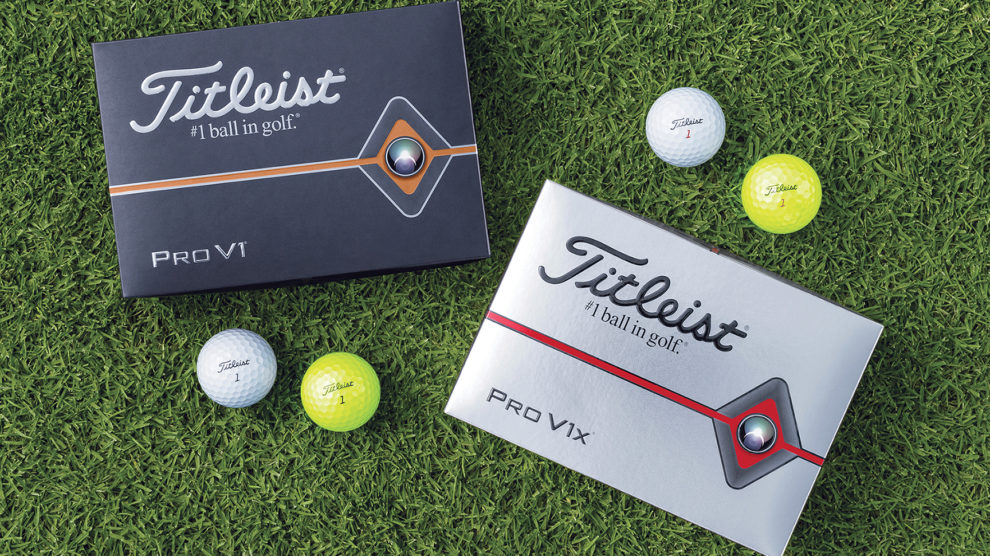 Titleist faces an interesting choice. The Pro V1 line is the most popular golf ball sold, and it's been that way for the better part of 20 years now. Golfers have certain expectations about how the Pro V1 and Pro V1x will perform, and each iteration of the ball has met them for lots of players.

However, lots of golfers have little idea of the two-year life cycle of the Pro V1 line. Yeah, the box changes here and there, but for a lot of golfers, buying a box of Pro V1s is a grab-and-go process. So, how then does Titleist go about making golfers aware they've been making the ball better for almost two decades?

It's a nice problem to have from a marketing standpoint. Meanwhile, Titleist's R&D team just keeps iterating more refinements to the Pro V1 and Pro V1x. For 2019, the company has made some notable changes. The cast urethane elastomer cover -- a spherically-tiled tetrahedral dimple design with 352 dimples in the Pro V1 and 328 dimples in the Pro V1x -- is now 17 percent thinner than the 2017-released models, which came about with further advancement in casting technology. The ionomeric casing layer -- often called a mantle layer -- is there to pick up that extra thickness. It's 14 percent thicker on Pro V1 and 11 percent thicker on Pro V1x, giving it more sheer volume to improve ball speeds and lowering spin with the longer clubs in the bag.

The cores have also been refined on both balls. Dubbed the 2.0 ZG Process cores, the two-piece core in the four-piece Pro V1x and the single solid core in the three-piece Pro V1 are stiffer overall while offering a gradient-style expansion of firmness from a softer center out to the edges. This is modern ball science, building up compression and firmness from the inside out to generate ball speed with each club while managing to keep feel and spin with the scoring clubs.

The most noticeable facet of the new line will come March 15, with the addition of the available Optic Yellow paint job on the Pro V1 and Pro V1x balls. Bubba Watson has already put one into play in Phoenix, and recreational golfers are increasingly turning to color balls on their own.

The new Titleist Pro V1 and Pro V1x balls are available for $48 per dozen.