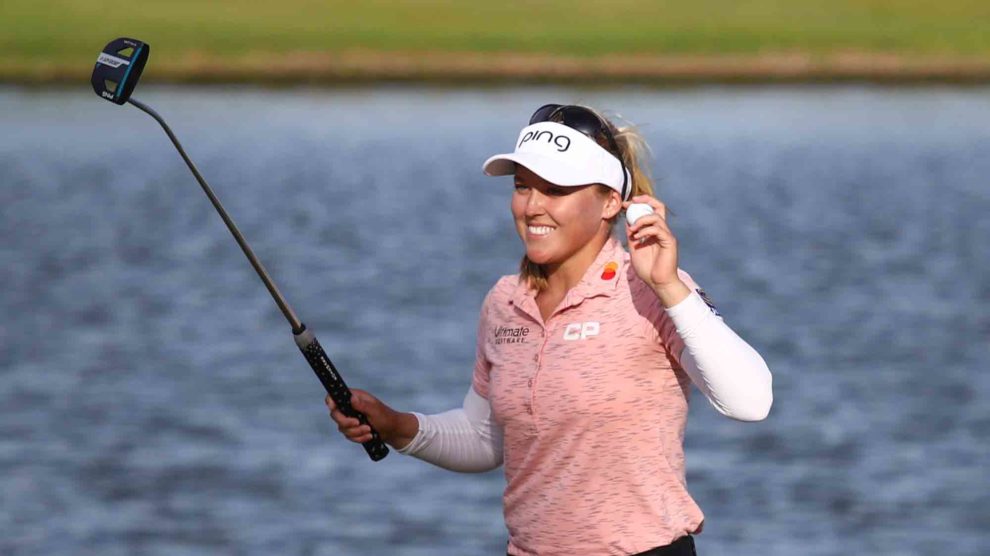 The 2023 Hilton Grand Vacations Tournament of Champions final leaderboard is headed by winner Brooke Henderson, who started the year with a big win at Lake Nona Golf and Country Club in Orlando, Fla.

Henderson took a bit of a victory lap on Sunday, finishing the tournament at 16-under 272, which was good enough for a four-shot win over Charley Hull and Maja Stark.

Nelly Korda finished in solo fourth place after a closing 72 to finish on 11-under total.

Henderson picks up the win in the first LPGA Tour event of the season, getting in the winner's circle for the sixth time.

By winning the event, Henderson earned 500 points in the Race to the CME Globe, with the top 60 players in points getting into the season-ending CME Group Tour Championship.

This week, there was not a 36-hole cut with 29 players finishing the tournament.

The 2023 LPGA Tour schedule continues next month with the Honda LPGA Thailand.