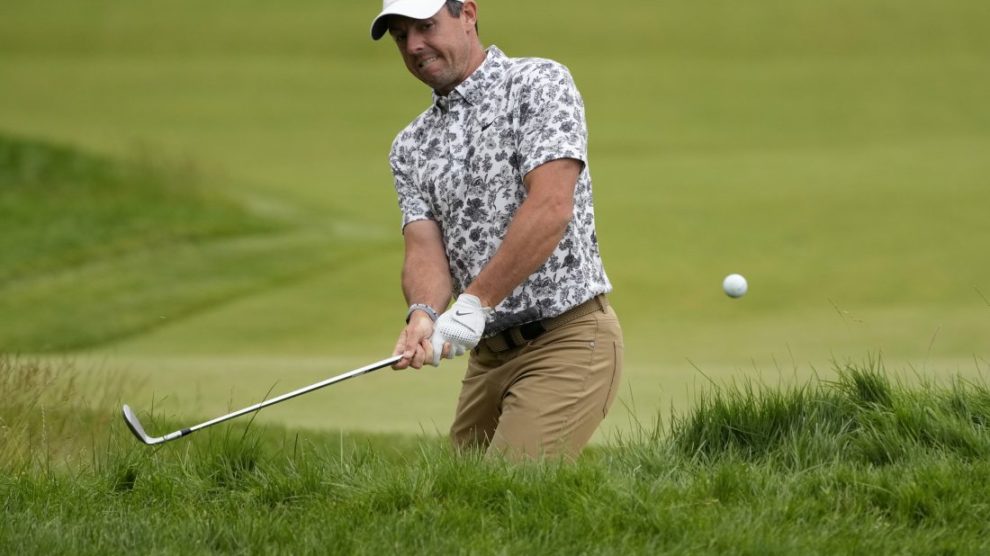 Greg Norman has to go as LIV Golf CEO. That's one of two things Rory McIlroy says has to happen before there can be any genuine conversations with the Saudi-backed concept.

"So I think there's a few things that need to happen," McIlroy said Tuesday ahead of the DP World Tour Championship in Dubai.

"So there's obviously two lawsuits going on at the minute. There's PGA Tour versus LIV, and there's this one that's coming up with the DP World Tour in February. Nothing will happen if those two things are still going on." Eleven LIV Golf players sued the PGA Tour over the summer, seeking an injunction against the PGA Tour for suspending the players from their membership. Most of the players have since withdrawn from the lawsuit, as LIV Golf's corporate entity has entered as a plaintiff. That suit it set to head to trial in early 2024.

However, even if the legal action resolves itself, McIlroy said Norman has to go.

"And then I think from whatever happens with those two things, there's a few things that I would like to see on the LIV side that needs to happen," he said. "I think Greg needs to go. I think he just needs to exit stage left. He's made his mark, but I think now is the right time to sort of say, look, you've got this thing off the ground but no one is going to talk unless there's an adult in the room that can actually try to mend fences.And if those two things happen, then things can happen. But right now, it's a stale mate because there can't be any other way. Hopefully something can happen, who knows."

There have been rumors and reports since summer that Norman will eventually be replaced in his role as CEO. Former TaylorMade and adidas executive Mark King, the current head of Taco Bell, has been reportedly been courted by LIV Golf to take over as executive. LIV Golf has said those reports are unfounded.