What do the words 'in' and 'out' mean on a golf scorecard, and why are they on them? 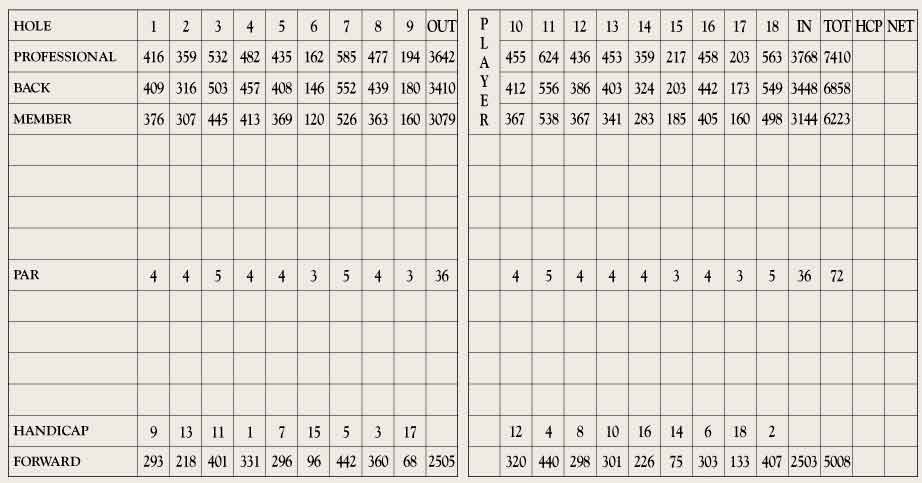 If you've ever played golf before, or maybe even miniature golf, you've no doubt seen the words "in" and "out" on a golf scorecard. But what do those words mean, and why are they on the golf scorecard?

What do the words 'in' and 'out' mean on a golf scorecard?

The words "in" and "out" appear at the end of the front nine and the back nine on a scorecard, and they represent the spot where the scorekeeper is supposed to put a player's total score for each set of nine holes when done with them.

Some golf scorecards can use the words "Front" and "Back" on them, but that is rare. At Augusta National Golf Club, they don't use the terms "Front Nine" and "Back Nine," but rather the "First Nine" and "Second Nine." However, the most famous golf club in the world still uses "in" and "out" on the scorecard. Why do the words 'in' and 'out' appear on a golf scorecard?

The natural question is why the words "in" and "out" appear on a golf scorecard. The reason why actually harkens back to the long-running history of golf.

Many of the first golf courses in Scotland were built on linksland, these seaside areas with land that wasn't of particular use to any industry, including fishermen and boaters. In particular, the Old Course at St. Andrews, the true home of golf, featured nine holes going out from the clubhouse along the same line -- hence "out." The final nine holes turned back in toward the clubhouse along the same line -- hence "in."

So, even though modern golf courses don't necessarily do that -- in fact, few do -- the scorecard still has those words on it as a tribute to the Old Course and the history of the game. It also takes up way less space on a cramped scorecard than any other words that would make sense there. In addition to being a historical nod, it's also just kind of practical.