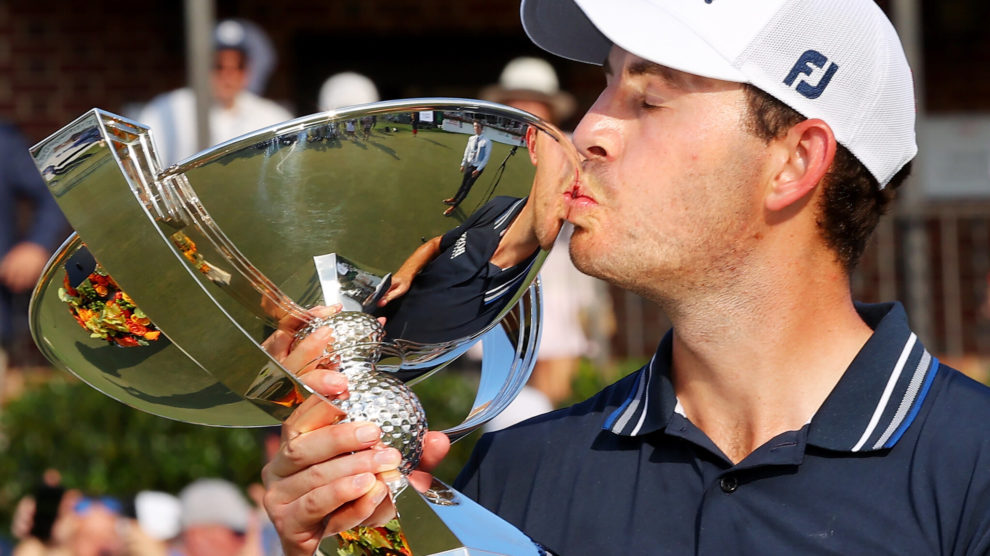 All of the points from regular season events are tallied together at the conclusion of the regular season, which comes at the Wyndham Championship. The top 125 eligible players in the FedEx Cup standings at the end of that tournament qualify for the FedEx Cup playoffs. Those 125 players also lock up their PGA Tour cards for the next season.

The top seed will start at 10 under par, giving them a big edge over the players ranked Nos. 26-30, who begin at even par.

A 72-hole Tour Championship will then be played, and the best total score from the tournament and with handicaps included will be declared the FedEx Cup champion.

The FedEx Cup bonus pool has been increased to $75 million from $60 million, meaning the FedEx Cup champion will now earn $18 million. However, the top 150 players -- all of which are assured at least conditional status on the PGA Tour for the next season -- earn at least a piece of the bonus pool money.