Golf games: How to play a scramble 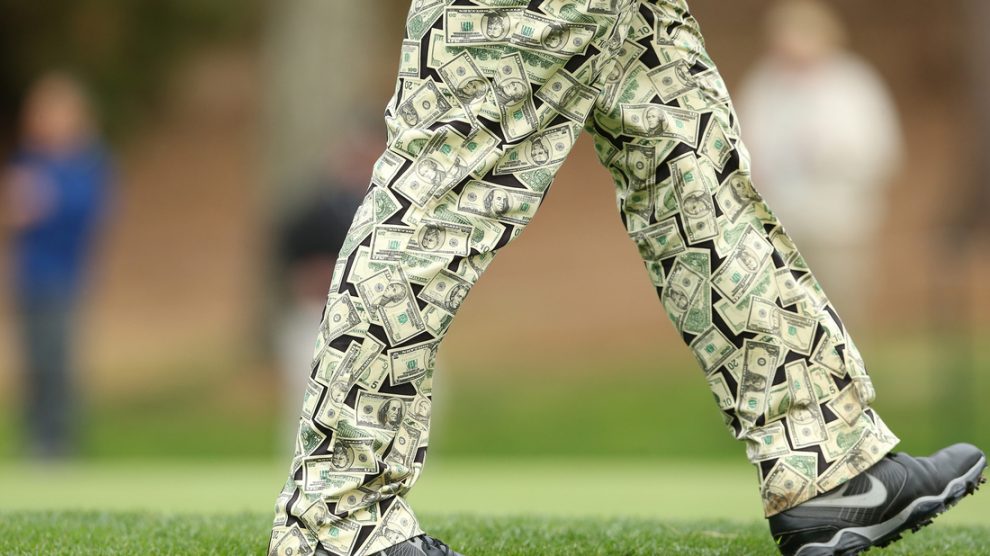 One of the greatest and most common golf games takes a lot of skill and strategy, and it's called a scramble.

The rules of a golf scramble

A scramble is a format you can play with two, three or four players. (Conceptually, it could be even more than four players, but there needs to be at least two.)

The rules of a scramble are pretty simple. At the start of each hole, all the players on a team -- of two, three or four players -- tee off. After each member of the team hits a shot, the team decides which of the shots hit was the best and leaves the team in the best position for the next shot. Once that decision is made, the team is then going to repeat the process from the landing spot of the best shot.

From the spot of the best shot, all of the team members will once again each hit a shot. After all of the shots are hit, the team will again assess which shot is best and pick that spot for the next shot. The process is repeated until the ball is holed.

The team's score for a given hole is represented by the total number of locations from which a shot was hit, plus any penalty strokes, which are rare in scrambles.

In some scrambles, there is a stipulated rule that "par is your partner." What does this mean? It means a team can make no worse than par on a hole. If a team does not make birdie or better on their own accord, then they automatically score a par. This is designed to create a floor for scoring and to speed up play.

How to win a scramble

The winning team in a scramble is the team with the lowest combined score. Winning a scramble, though, does take some strategy in forming a team. Typically, great scramble teams have a good combination of long drivers, straight drivers and good putters. The longest hitters give teams an edge in coming into greens, giving shorter hitters an easier time in hitting approach shots. Good putters are needed to make tricky putts that keep momentum going.

In many scrambles, there are dishonest teams. They'll post a score that just didn't happen. So it's good to come into a scramble with low expectations of winning. If you suspect that a team is likely to fudge some scores, then just go and have a great time knowing that shop credit is probably not in your future.