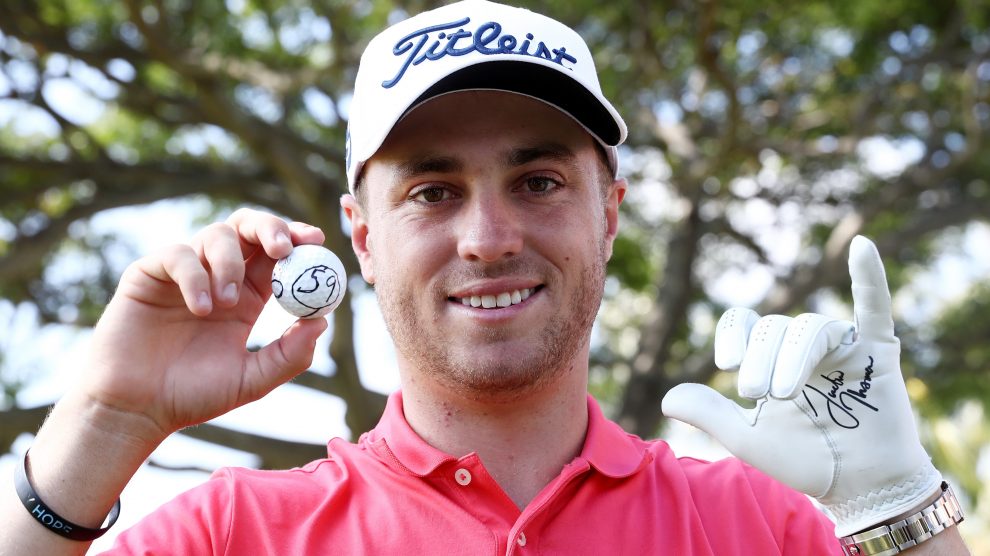 Justin Thomas finds himself in the thick of it at the 2020 Masters, tied for the lead on Saturday that marks the first time the top three in the Official World Golf Ranking were tied for the lead at the same time in the same major.

Thomas was interviewed on Friday evening as the second day of play came ton a conclusion, and some fans noticed that Thomas' hair looks fuller than it has in the past.

A number of folks weighed in social media, thinking that the 27-year-old had some hair plugs put in or a hair transplant done to fight a receding hair line. There is some visual evidence to suggest that might have been the case. It could also be that Thomas had grown his hair longer during the pandemic, had it combed a different way or it was matted down from the Sunday round.

If you saw JT’s interview with SVP today and the gaines that have been made up top, you have to be asking yourself...

IS IT HIS TIME? pic.twitter.com/2iEjvaZKy1

It appears, if anything, Thomas has been enjoying the fruits of more hair since January 2020, as this is what he looked like at the Sentry Tournament of Champions. Personally speaking, I went bald starting at 15 -- though it took until about 19 to finally get bad -- and I've got full-on male-pattern baldness. I shave my head. For seven months of the year, I have a two-tone head thanks to having to wear a hat every time I go outside. On a cosmetic level, avoiding that look with a hair transplant would be great. On a practical level, I could worry less about potentially getting skin cancer on my head.

So, if Thomas did get some hair moved around, great. If not? Whatever.