LOOK: Genius golfer made a trailer so his pull cart will pull him and his clubs!

Golf carts are having a moment right now. They're pretty much sold out all over the place, as many states make it less convenient for golfers to take motorized golf carts or outright require players to walk golf courses.

However, some golfers have been using some form of a walking cart for years, and now they're looking like trailblazers. In particular, golfers who ponied up to buy electric walking carts look like they made a smart investment. These battery-powered carts act like caddies, with a golfer using a remote control to tell the cart where to take their bag.

One genius Pennsylvania golfer didn't have an electric cart, but he knew he could build something so his pull cart do so much more. 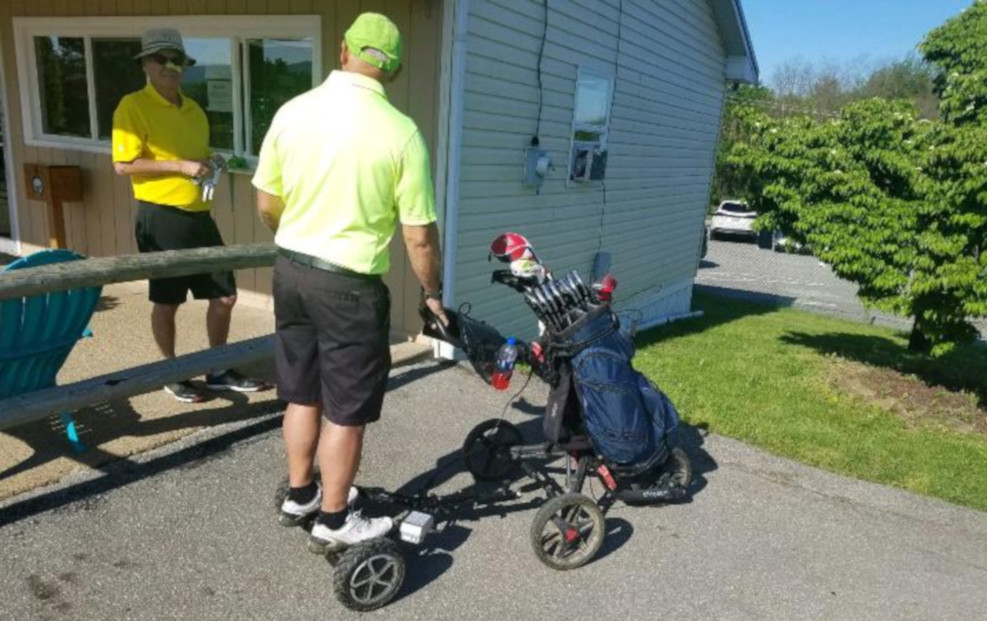 The golfer rigged up a human trailer hitch -- complete with a battery -- that is attached to his push cart. Using the battery power, the suddenly electric cart pulls the bag and him, allowing him to ride along without walking by holding on to the handles of the cart.

It's a brilliant design that calls to mind products like the Golfboard, which is fundamentally an electric walking cart combined with a scooter. However, it's more impressive to see this golfer having the ingenuity to figure out how to make golf more enjoyable for them with a creative idea and some engineering.

The golfer, who plays at the Latrobe Elks Golf Club in Latrobe, Pa., is planning on putting some videos of his invention on YouTube.