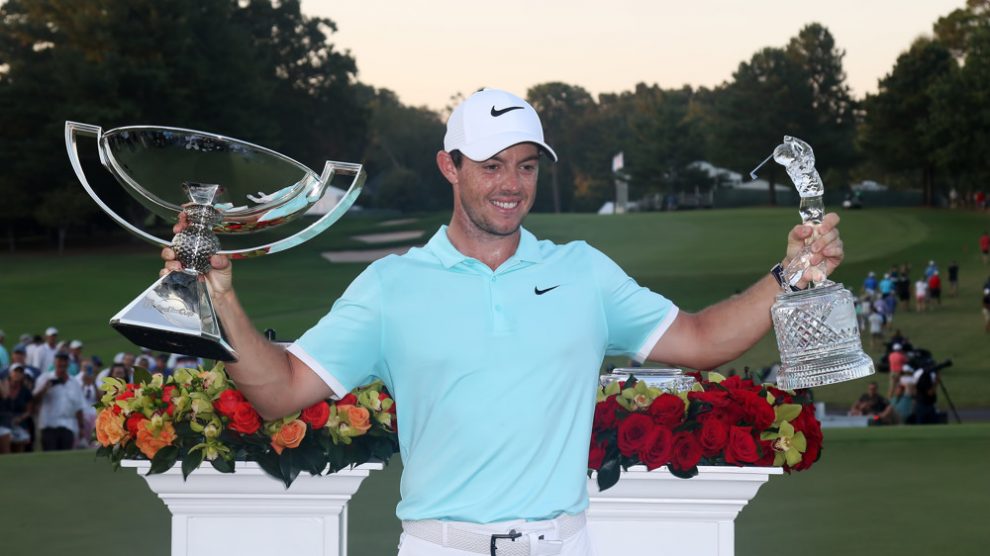 The FedEx Cup and the playoffs as we know them are reportedly set for a major transformation.

According to reports from the Associated Press and Golf Digest, the PGA Tour is planning to dramatically change the format for the 30-player Tour Championship in Atlanta to make it easier for fans and players alike to understand the implications of the season's final tournament. The unannounced, yet-to-be-finalized plan calls for the leader in FedEx Cup points after the second event, the BMW Championship, to start the 72-hole Tour Championship at 10-under total, with a staggered system of starting scores for the other 29 players in the season finale. From there, the tournament would commence, with the winner getting an official victory in the Tour Championship and, more importantly, the FedEx Cup title.

The change would eliminate confusion over a player losing the Tour Championship but winning the FedEx Cup anyhow, as Justin Thomas did in 2017 when Xander Schauffele won the East Lake tournament. Thomas considered the FedEx Cup, and its $10 million first-place prize somewhat of a consolation, though that comment was misunderstood.

In addition to a proposed format change to the Tour Championship, the FedEx Cup winner is expected to win way more money than $10 million starting in 2019. The FedEx Cup first-place prize payout is reportedly set to jump to $15 million.

Since the inception of the FedEx Cup era in 2007, the Wyndham Championship in Greensboro, N.C., has been the Last Chance Saloon for those seeking to get into the top 125 (was 120 in 2007) in FedEx Cup points (or, until the 2016-17 season, money earned) and earn a playoff berth. However, since so many top players skip the Wyndham, there's a thought to ending the regular season the week prior at the new WGC event in Memphis, Tenn. That would create the awkward situation of a sort-of meaningless tournament.