Titleist AVX golf balls: How are they different from the Pro V1, Pro V1x? 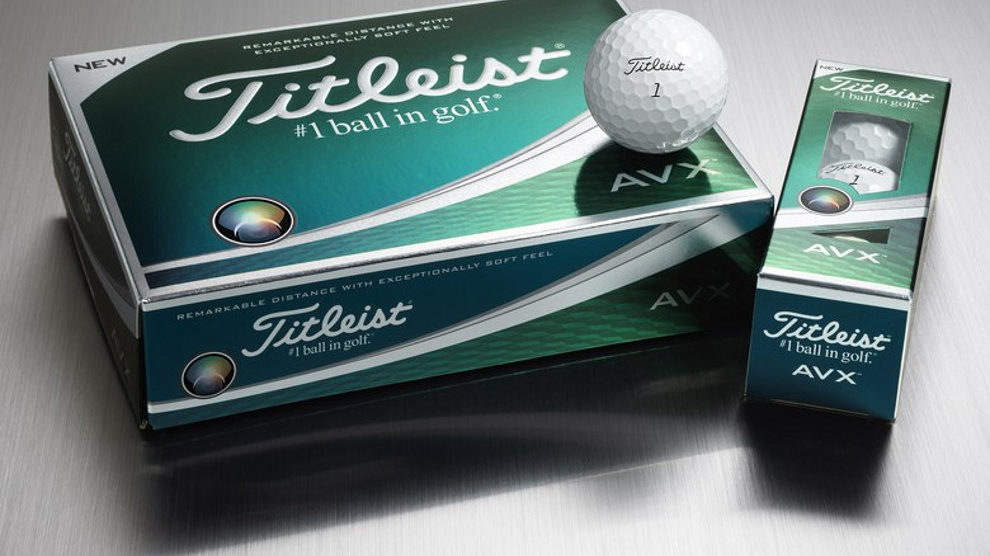 Titleist has come out with a new golf ball, announcing the nationwide release of the Titleist AVX golf balls after a multi-state test in 2017 to gauge sales and feedback in year-round golf-heavy states like Florida and Arizona.

Titleist had received feedback from consumers that they wanted a Tour-caliber ball that was softer and offered less spin than the Pro V1 and Pro V1x balls, which have dominated market share since their 2000 introduction. Titleist's competitors have also seen success with softer, lower-compression balls, even for better players who don't quite have the swing speed and contact quality of top-tier professional golfers.

The Titleist AVX golf balls do indeed have a lower compression than the Pro V1 and Pro V1x, but it's got a higher compression rating than the new Tour Soft line, which replaced the NXT Tour line this year.

The Titleist AVX's cover is a thermoset cast-urethane product called GRN41, which is a new formulation different from either Pro V1 model and a big upgrade over the ionomer cover in the Tour Soft balls. This GRN41 cover formula offers soft feel with good greenside performance.

However, if you're looking to fly it high with the AVX, you're going to be disappointed. The Titleist AVX is designed to have a lower ball flight, particularly with the lower-numbered irons in your bag. Created with a more flexible mantle layer, the penetrating ball flight with less spin leads to more distance, which is something pretty much every golfer with lower swing speeds craves.

The 352 tetrahedral dimple pattern is flatter compared to the Pro V1, and it again encourages a consistent, penetrating ball flight.

The Titleist AVX golf balls are now available in white or optic yellow nationwide for $48 per dozen.