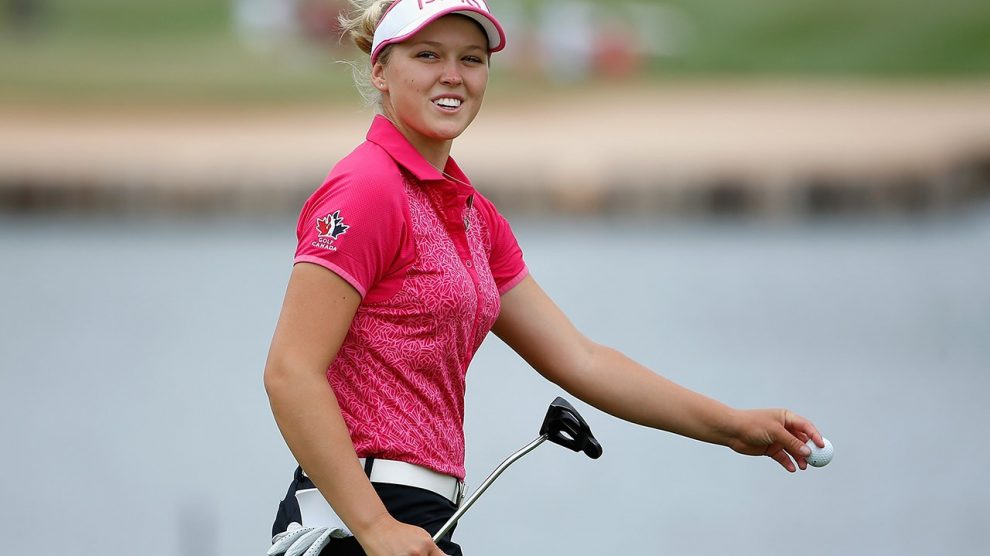 Not only did the Canadian win the $195,000 first-place check from the $1.3 million purse, as well the tournament trophy, but Henderson also got a special jacket perhaps on par with the great champion's jackets in the sport.

Check it out for yourself.

Great day for @BrookeHenderson who wins NZ Women's Open and apparently gets a role in an upcoming episode of Game of Thrones pic.twitter.com/DhsRdvshMT

It looks like Henderson won herself a coat that is straight out of "Game of Thrones." In particular, in looks like Henderson either is now a fully fledged member of House Stark or a permanent part of the Night's Watch. If the latter, hopefully Brooke is ready to take down some Wight Walkers.

But seriously, Henderson dealt with weather akin to what's portrayed in Winterfell -- windy, stormy -- in picking up a five-shot win in which her final-round 69 was tied for the second best score of the day.

“That is the toughest conditions I have played in terms of winds, rain and delays – and how long it took to play a round of golf,” Henderson said. “I feel mentally drained by it but running on adrenaline to know this trophy is mine.”