A look at Tiger Woods' hair over the years

Tiger Woods is going bald. He's been going bald for years. It's genetics. However, now that he's in his 40s, Woods is more obviously losing his hair.

Everyone has noticed, including Woods and his peers, and they've talked about it for a while.

Back in 2013, Rory McIlroy went out of his way last year to publicly rib his friend about the receding tide of hair.

Tiger Woods' father, Earl, was a bald man. Although it's said baldness comes from the mother's side. Or at least I remember that from an episode of "Seinfeld."

RELATED: The 5 best heads of hair in golf

So, we decided to take a look at how Tiger Woods has gone bald over the years. 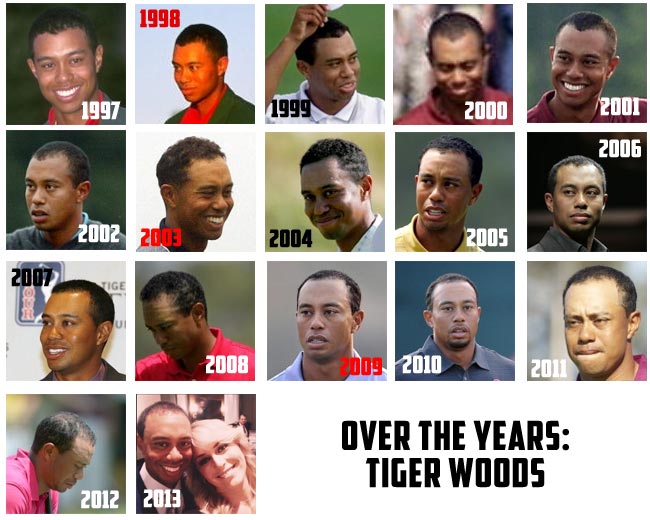 As a bald man, I can empathize. I started losing my hair at 15 (yeah, 15), and fought the good fight for about four years before I had to shave it down to the skull everyday. I'm a big advocate for men with thinning hair to simply bust out the razor and shave it everyday. There's no need for shampoo or hair products, but I sure do buy a lot of sunscreen.

We could do a similar hairography on Phil Mickelson, who kept his hair short for years before around the beginning of the 2006 season, when he decided to start growing his hair long -- almost like he was letting Tiger know he still had great locks.

Some interesting facts about bald guys and success in golf: